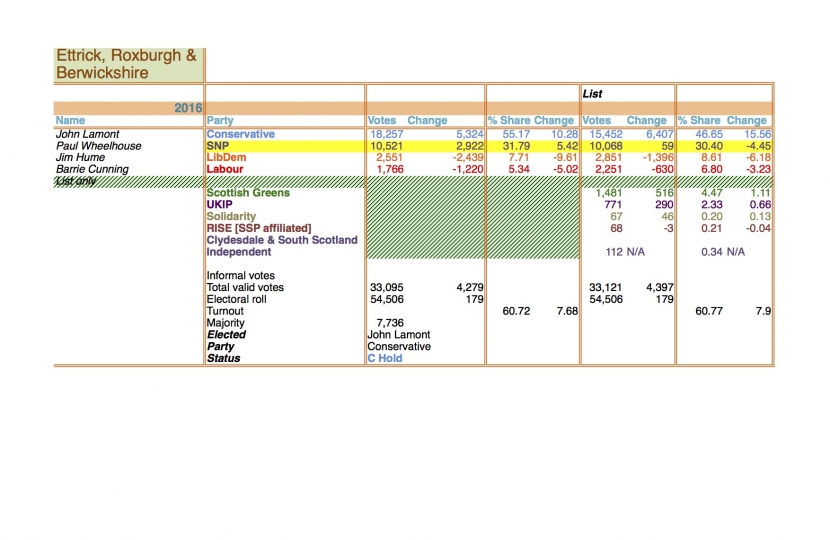 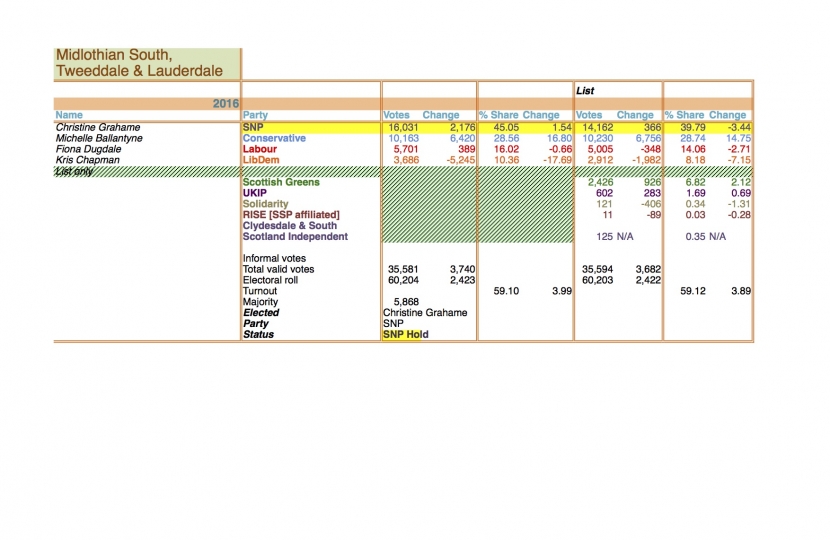 Scottish Conservative & Unionist party candidates did well across the whole of Scotland and especially so in the South of Scotland, where we won four first past the post constituencies and a further two list MSPs, one of whom, Rachael Hamilton, is a resident of Scottish Borders and who herself increased the Conservative share of the vote by 7.25 percentage points in East Lothian, where she was a constituency candidate.