Welcome to the official website of the Scottish Borders Conservative and Unionist Association. We hope that you enjoy browsing, and do not hesitate to get in touch to hear more about what we get up to both here in the Borders and across Scotland. 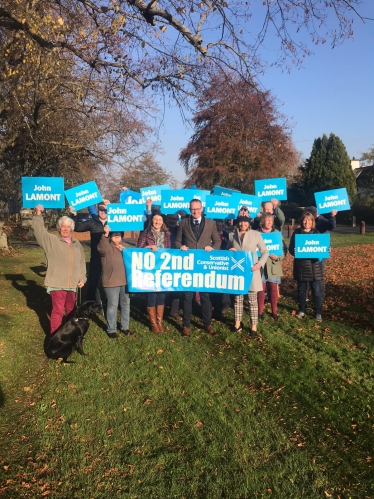 Following his adoption by the Scottish Borders Conservative & Unionist Association as the Scottish Conservative & Unionist party candidate for the seat of Berwickshire, Selkirk and Roxburgh in the General Election to be held on 12th December 2019, John Lamont, who won the seat in the 2017 General Election, launched his campaign amidst sun and autumn leaves on St Boswells Green. Let's hope the weather stays this favourable for campaigning right up until Election Day.

The Conservative party has published its manifesto for the 2019 General…

Following his adoption by the Scottish Borders Conservative & Unionist…

Our Further Financial Support for Jobs and Businesses

How our Culture Recovery Fund is Supporting the Arts

The Culture Secretary has announced £257 million to help save theatres, arts…

We must act now to control the spread of the virus and protect the NHS, so we

This map shows the large area of Berwickshire, Roxburgh and Selkirkshire that we as a party cover.

Help us take action on local issues and build a better Britain.