Originally trained at The London Hospital, Whitechapel, Michelle began her career working as a staff nurse in the Intensive Care Unit, then moved into Health Service Management. Michelle went on to hold a number of posts within finance before moving to South West Thames Regional Health Authority as the Deputy Regional Finance Training Manager.

In 1990 Michelle and her husband decided to move to the Scottish Borders in order to set up their manufacturing company and raise their six children, establishing their business in Walkerburn and settling near Selkirk.

After the move Michelle continued to work as a nurse while also completing an Honours degree at Heriot Watt University. She then returned to Health Service Management in 2000, latterly managing Acute Medicine in Edinburgh before moving in 2005 to head up an independent charity providing specialist drug and alcohol support to children, families and offenders.

In 2012 Michelle was elected to Scottish Borders Council, where she served as Leader of the Conservative Group. Michelle was then successfully-re-elected in March 2017 and resumed her position as leader at Newtown St Boswells.

In May 2017 Michelle became a list MSP for the South Scotland region, covering Midlothian South, Tweeddale, Lauderdale and East Lothian, while retaining her council seat. Michelle has since stood down from Scottish Borders Council to focus on her duties as an MSP.

Michelle was recently appointed as the party's Shadow Minister for Childcare and Early Years. In addition to this she also sits on the Public Petitions  Committee and is a substitute member of the Justice Committee. 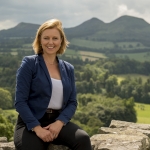 Rachael is the MSP for Ettrick, Roxburgh and Berwickshire. Rachael first became an MSP in 2016 when she was elected as a list member for the South of Scotland. 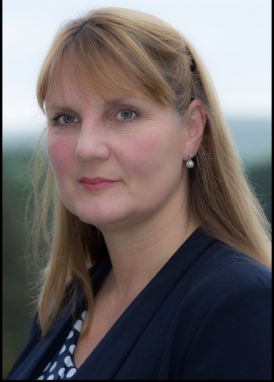