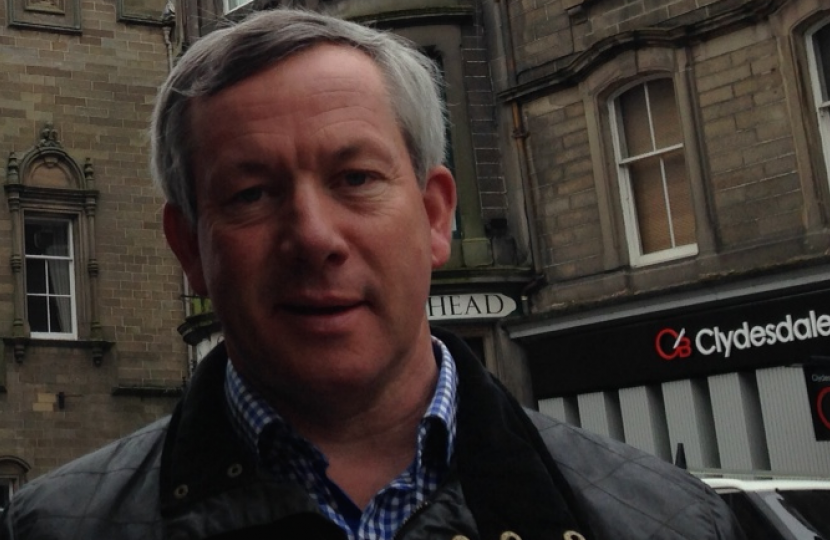 Trevor has recently retired as the Buccleuch Huntsman, in which role he liaised with local farmers to gain permission for the Hunt to cross their land and from time to time he has also loaned horses to the town principles for the Hawick Common Ridings. Alongside his work with the Hunt, in 2004 he started his own fallen stock business helping local farmers in response to the European ban on burials. Following the coming into force of the Protection of Wild Mammals (Scotland) Act of 2002, Trevor worked closely with the Lothian & Borders Police to establish the legal framework within which hiunts operate in Scotland.

Trevor Adams said, "I am honoured to have been selected as the Scottish Conservatice candidate for the Hawick & Denholm by-election. Having lived and worked in the Borders over the past 25 years I am passionate about making it an even better place to live, and I can think of no better way of doing this than by providing a strong voice on the council. Over the coming weeks I hope to fight for action to be taken on several issues affecting the local area. I know that the state of the High Street is a big issue for many residents together with the huge number of potholes that are affecting roads throughout the ward. I am acutely aware of the importance of the town's High Street, and the work it does to support the local economy. The last few years have seen more and more empty premises appear and we need to be doing everything we can to support it so that it can attract shoppers in for many more years to come. If elected, I would want to work with the local traders, the community council and other interested parties to give the town the High Street it deserves. I am looking forward to speaking to as many local residents as possible over the coming weeks about these issues and many more, and I am confident that I can provide the representation that this ward needs on the council."

Councillor for the Hawick & Hermitage ward, George Turnbull said, "I know that many people in Hawick were very saddened by the loss of Zandra. She fought tirelessly for local residents and was a great ambassador for the twon, and there is no doubt that we need someone just as passionate to take on that mantle. I am confident that Trevor is the man to do this. His experience in campaigning and running a small business will bring valuable insight to the council chamber and I am sure that over the coming weeks he will prove to voters that he is the best person to represent them."

John Lamont MSP said, "Trevor is a fantastic candidate for this seat and I know that he will work immensely hard over the coming weeks to show the electorate why he deserves to be elected as their next Councillor. I know that Trevor is already a well kent face for many local people and is eager to speak up for local residents on the issues that matter to them. His past experience as a determined campaigner  shows that he is willing to go the extra mile for what he believes in. I am sure that he will prove to be a great representative for Hawick & Denholm. There is no doubt that following the sad passing of Zandra Elliot he has big shoes to fill, but I am convinced that his knowledge and experience would prove to be a huge asset on the council."

Trevor can be reached on: