Rachael Hamilton Re-elected as MSP for Ettrick, Roxburgh and Berwickshire 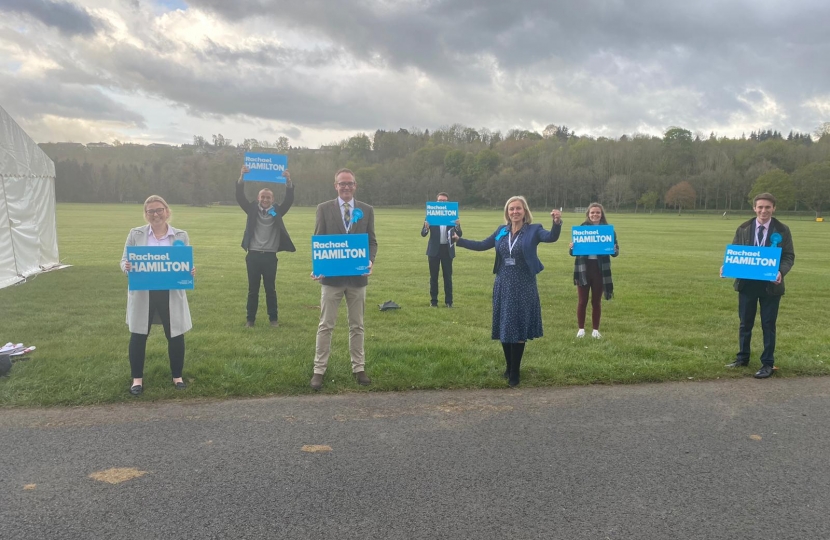 Following the Scottish Parliament election on Thursday 6 May, Rachael Hamilton was re-elected as MSP for Ettrick, Roxburgh and Berwickshire. Mrs Hamilton was returned on 18,564 votes, giving her a majority of 6,863 over the SNP’s Paul Wheelhouse, by securing 51.5% of the vote.

Turnout in the constituency was up 3.2% on the 2016 election, but down from 69%, when the 2017 by-election was held.Across Scotland, the Scottish Conservatives won 31 seats, making them the main opposition to the SNP.

Mrs Hamilton has vowed to work hard to stand up for the Borders, ensuring the area gets a fair deal and that Borders’ voices are heard in the Scottish Parliament.

“I want to thank the voters of Ettrick, Roxburgh and Berwickshire for re-electing me, it is an honour to be returned with over 51% of the vote.

“Regardless of political colour or whether you voted at all, I am here to represent you and continue the job of improving the lives of Borderers.

“I am ready to hit the ground running and ensure that we see a fairer deal for the Borders, whether it be more resources for our NHS or council services.

“Many voted for me for the first time, and I want to thank them particularly for placing their trust in me; I will not let you down.

“It is clear from this result that the people of the Borders reject any attempt from the SNP to break up our United Kingdom.

“Borderers know the damage a hard border at Berwick will inflict on our area and Scotland as a whole.

“I will be a strong voice in the Scottish Parliament and my door is always open whenever you need help or assistance”.

The Commonwealth, G7 and NATO Summits