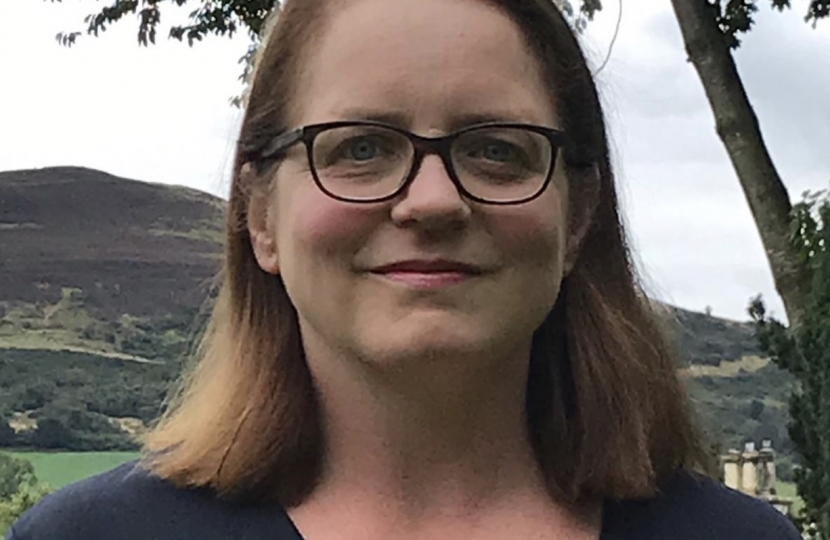 Jenny Linehan has been announced as the Scottish Conservative & Unionist candidate for the upcoming Leaderdale and Melrose by-election on the 29th October.

Jenny has many years’ experience as a lawyer and was previously the Procurator Fiscal. She lives with her family in Melrose.

Mrs Linehan sits on the committee of a local children’s charity and helps with the local Cubs and Guides. She previously helped out at the Citizens Advice Bureau in Galashiels and was also the chair of the parent council at Melrose Primary School.

Commenting after being selected, Jenny Linehan said: “I love Borders life – its people, its towns, the beautiful hills- and that is why I want to play my part in making it a better place to live.

“It would be a huge honour to represent my home and would be a job I would take very seriously.

“The last few months has been a really tough time for everyone.

“If I were to be elected, I would prioritise getting our local towns and villages back up and running after the significant challenges posed by coronavirus.

“Prosperity and quality of life in the communities in and around Lauder, Melrose, Earlston, Oxton and Tweedbank relies on making it easier to get businesses going again.

“I know that being a local representative means listening to voices from all walks of life. I would work tirelessly to make sure the issues that matter most are heard at the highest level.

“I want to make Leaderdale and Melrose an even better place to live, work, visit and invest in. That’s why I believe you should put your trust in me on the 29th of October.”

Professor Swaran Singh has agreed to conduct a one-year review of the Party’s progress on implementing his recommendations.